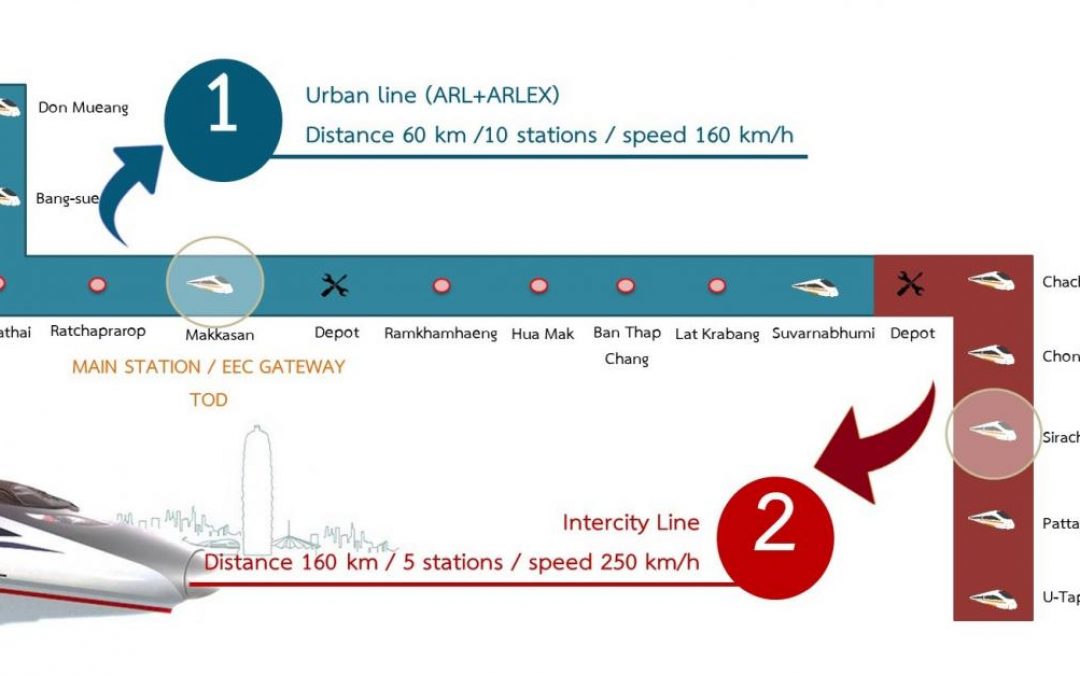 The long-awaited High-Speed Rail Link Project is well underway and the government recently released details of times and pricing for the new service.

The projected journey time from the capital Bangkok to Utapao Airport in Rayong province will take just 45 minutes at a speed close to 250kmh, and the cost for such a service? Well, the official statement was 330 Baht which is very cheap considering the amount of time you will save.

The 45 minute travel time includes stopping at the five stations on the way, Chacherngsao, Chonburi, Sri Racha, Pattaya and U-Tapao.

More details on the project.

The new proposed High-Speed Rail Linked 3 Airport Project will make use of existing structures and routes that are currently in use for the airport rail link system. The system will be expanded upon with the implementation of standard gauge 1.435-meter tracks with 2 new connecting routes from the Phaya Thai – Don Muang route along with the Lad Krabang – U-Tapao (Rayong) route allowing easy access to and from the airports, significantly reducing travel times.

The existing routes existing routes from the State Railway of Thailand will be used for the proposed expansion and when complete will result in 220 km of seamless railway routes.

The current Airport Rail Link route is 29km this will be increased with a further 191km while the trains will run on both elevated and underground tracks of 181km and 8km respectively.

To accommodate the project, 150 rai in Makkasan and a further 25 rai around Sri Racha station will be developed.

The new service is projected to be operational in 2023