From sleepy fishing village to world city: the history of Pattaya 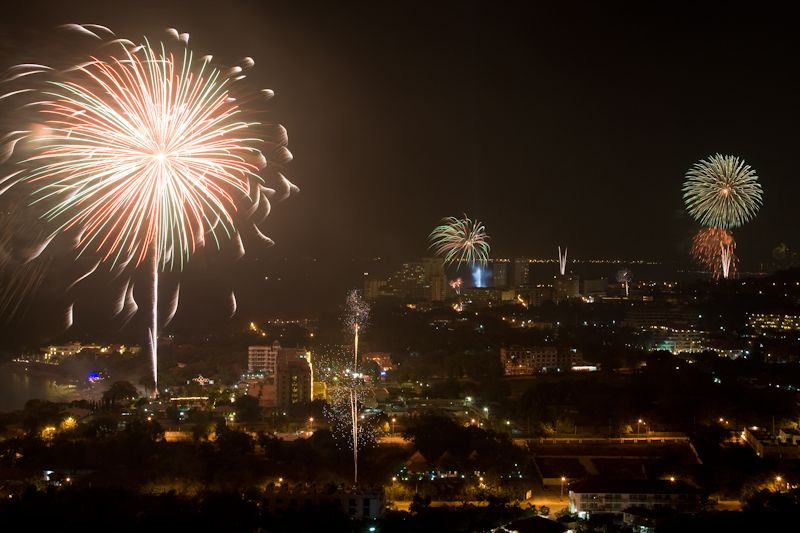 In our previous post on the history of Pattaya, we looked how a sleepy fishing village grew into an R&R mecca for US servicemen. By 1975, Pattaya was a city built around the business of entertaining off-duty soldiers. It was a seething mass of bars, restaurants and pleasure palaces. Over the course of the previous decade, these businesses had stimulated the development of a modern infrastructure; transport links, logistics, an English speaking workforce and the beginnings of a city government.

However with the end of Vietnam War and the exodus of the US troops, Pattaya’s economy lost its primary source of income and the fledgling city faced an uncertain future. Initially there was despondency among the Pattaya business community, but buoyed by the spirit of enterprise that had built the city in the first place they began to search for alternative markets. Tourism was the natural choice. Much of the existing hospitality businesses were just as capable of servicing tourists as they were soldiers and the city promoted its charms to upmarket local Thais and expats based in Bangkok. Within a few short years, Pattaya’s reputation as a hedonistic tourist destination had spread around the world and the visitors flocked in.

However, Pattaya still came under the administration of the provincial city of Chonburi, which it had long outstripped in size. This led to local conflicts and difficulties in controlling the way in which Pattaya was developing. In recognition of this anomaly, the government – at the urging of Pattaya’s leaders – established the city as a Special Local Region by an act of Parliament. This put the city firmly in control of its own affairs. To date, this remains a unique arrangement in Thailand.

The city continued to grow throughout the 1980s and 90s however, for much of this period it maintained a rather unsavoury reputation as a wild party town catering to a largely male market. Gradually however this began to change. Increasingly local leaders recognised that Pattaya had more to offer than the bar trade on which it was originally built.  Increasingly businesses were established to appeal to a much wider market. Five star hotels and award winning restaurateurs began to invest in Pattaya. Luxury brands started looking for retail outlets and plush shopping malls were built.

In addition to this, a massive Industrial Belt was building up along Road 331 stretching between Bangkok and Rayong, passing just a 30 kilometres inland from the Pattaya coastline, also referred to as “the Detroit of Asia”. Among many other things such as garments, petrochemical products, electronics etc., Thailand is also producing 3 million cars annually. Many of these industries’ executives were seeking home in or around Pattaya, where they found international schools for their children and all the amenities and imported goods their lifestyle required.

The city government threw its weight behind this change in culture and encouraged internationally renowned companies to locate in Pattaya. Increasingly the city’s many advantages; beach location, proximity to the capital, good transport links and pleasing climate began to attract the affluent from both Thailand and beyond. This influx created demand for luxury housing in Pattaya as well as the other lifestyle services that that market demands.

Over the last ten years, Pattaya has developed into a truly international metropolis. This is partially due to the fact that it is a city that was built on wealth from foreigners. Its long exposure to westerners has now been extended to include people from all corners of the globe. The city now hosts a number of internationally recognised sports, cultural and entertainment events and it is well placed to take advantage of the forthcoming creation of the ASEAN economic community in 2015. As a city, Pattaya is young and vibrant and its history in many senses is just the beginning; there is a long way to run.

Siam Royal View is one of Pattaya’s premier residential developments.